“Ubuntu is a philosophy that considers the success of the group above that of the individual.” Stephen Lundin- Ubuntu!

The word ‘Ubuntu‘ originates from one of the Bantu dialects of Africa, and is pronounced as uu-Boon-too. It is a traditional African philosophy that offers us an understanding of ourselves in relation with the world. According to Ubuntu, there exists a common bond between us all and it is through this bond, through our interaction with our fellow human beings, that we discover our own human qualities. Or as the Zulus would say, “Umuntu Ngumuntu Ngabantu”, which means that a person is a person through other persons. We affirm our humanity when we acknowledge that of others. The South African Nobel Laureate Archbishop Desmond Tutu describes Ubuntu as:

‘It is the essence of being human. It speaks of the fact that my humanity is caught up and is inextricably bound up in yours. I am human because I belong. It speaks about wholeness, it speaks about compassion. A person with Ubuntu is welcoming, hospitable, warm and generous, willing to share. Such people are open and available to others, willing to be vulnerable, affirming of others, do not feel threatened that others are able and good, for they have a proper self-assurance that comes from knowing that they belong in a greater whole. They know that they are diminished when others are humiliated, diminished when others are oppressed, diminished when others are treated as if they were less than who they are. The quality of Ubuntu gives people resilience, enabling them to survive and emerge still human despite all efforts to dehumanize them.” – [reference 1]

“An anthropologist studying the habits and customs of an African tribe found himself surrounded by children most days. So he decided to play a little game with them. He managed to get candy from the nearest town and put it all in a decorated basket. at the foot of a tree. Then he called the children and suggested they play the game. When the anthropologist said “now”, the children had to run to the tree and the first one to get there could have all the candy to him/herself.So the children all lined up waiting for the signal. When the anthropologist said “now”, all of the children took each other by the hand ran together towards the tree. They all arrived at the same time divided up the candy, sat down and began to happily munch away.The anthropologist went over to them and asked why they had all run together when any one of them could have had the candy all to themselves. The children responded: “Ubuntu. How could any one of us be happy if all the others were sad?”Ubuntu is a philosophy of African tribes that can be summed up as “I am what I am because of who we all are.” [reference 2] 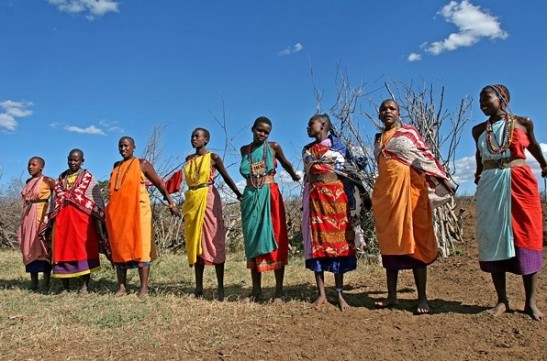 “A person with Ubuntu is open and available to others, affirming of others, does not feel threatened that others are able and good, based from a proper self-assurance that comes from knowing that he or she belongs in a greater whole and is diminished when others are humiliated or diminished, when others are tortured or oppressed” -Desmond Tutu

“One of the sayings in our country is Ubuntu – the essence of being human. Ubuntu speaks particularly about the fact that you can’t exist as a human being in isolation. It speaks about our interconnectedness. You can’t be human all by yourself, and when you have this quality – Ubuntu – you are known for your generosity. We think of ourselves far too frequently as just individuals, separated from one another, whereas you are connected and what you do affects the whole World. When you do well, it spreads out; it is for the whole of humanity.” -Desmond Tutu

Search this site for…